Marie came to me for EFT (Emotional Freedom Techniques) because she wanted to clear her fear of heights phobia. She was due to go on a skiing holiday and she was finding herself worrying about how she would cope with her fear. The anxiety she was experiencing was preventing her from looking forward to the holiday.

Her fear had built up slowly over the years and with this fear she had developed insecurities such as, “I don’t trust myself, I think I’m gonna jump.”

In the first EFT session we discussed her past experiences that may have contributed to her fear and she shared a few memories with me. Her earliest recollection of fearing heights was when she was five years old and she was in a tree house, and another when she was on the cliffs at Branscombe. Other memories included being on the stairs in Ikea.

Each phobic memory created phobic feelings which reinforced her belief that heights were dangerous, and she couldn’t trust herself. Her fear was so strong that she could feel her phobia just by talking about it. Even though we were sat in the safety of my treatment room, just talking about her phobia, she could connect to her fear. It was palpable and real and alive in that moment.

The mind cannot differentiate between a thought and reality so when you are focusing on an event in your mind, your mind thinks you are experiencing it for real.

While Marie was talking to me about her fear, her mind was reliving it again which then triggered her body to secrete stress hormones such as adrenalin and cortisol and she became anxious. While she focused on her fear, her mind didn’t know she was in my treatment room where there are no cliffs! Her mind thought she was in danger and she needed to get back to her comfort zone where it was safe. Anxiety wanted to protect her from danger, but anxiety creates high blood pressure, increased heart rate, palpitations, sweating, tension, shaking etc. Anxiety it can be very debilitating.

We did some tapping (EFT) around her insecurities and her past memories and Marie cleared a lot of the fear. After one session I could tell there had been a massive shift in her and I was confident we had cracked her phobia, but how could I test it? I asked Marie to talk me through her past experiences again. She repeated the stories about when she was five years old and she was in a tree house and another when she was on the cliffs at Branscombe and all the other memories included being on the stairs in Ikea. She was like a different person this time round. There were no signs of anxiety, fear, insecurity and no emotional charge whatsoever! She appeared totally neutral. When I pointed out the difference to how she had been the first time she relayed the stories, she immediately noticed the difference. I was confident we had cracked it!

EFT can be very transforming in a very short space of time, so I drew the first session to a close. It was important that Marie went home and rested afterwards to allow her energies to settle. You can feel quite spaced out after a session and I knew it was important to not overdo it.

Marie came for a second session the following week and we discussed how she had been. She explained that she was longer worrying about her skiing holiday and that she was now feeling excited. She was slightly concerned that although she felt good now, how would she feel when she was faced with the mountains and the steep slopes. Would her phobia return?

We did some work tapping around these insecurities and I also taught her where to tap so she could work on herself at home, if she felt she needed to. She went away after her second session confident that her phobia was gone.

Shortly after Marie returned from her skiing holiday, I received this testimonial from her.

“I would highly recommend the EFT treatment I had from Louise recently. I was looking forward to going skiing for the first time in 20 years however I have always struggled with a fear of heights. As it’s no longer acceptable to use a hip flask for Dutch courage I sort Louise’s help. I don’t know how what she does works but it certainly does. I had the best, most relaxed skiing holiday ever. Even when the chair lift we were traveling in stopped and we were left swinging in mid-air I felt completely calm. I have already recommended Louise to a fellow skier and would suggest anyone with a fear sees her for some EFT. Thanks Louise x”

Marie has since gone on to higher achievements, excuse the pun. She is now training to sail a leg of the Clipper 2019-20 Round the World Yacht Race! As part of her training she climbed ninety eight foot up the mast. I received this amazing message with a picture of her at the top of the mast.

“Thank you Louise Bates @Heathcote Holistics. Your EFT has helped me to conquer my fear of heights. I went 98 foot up the mast and I could never have done it if it wasn’t for you. Thank you x.”

Thank you Marie for allowing me to share your story. I hope it inspires others to face their phobias and get help too.

I have hundreds of other EFT success stories too. Clients with phobias such as; flying, spiders, wasps, buttons, water and much more. Phobias can normally be dealt with in one session, but I like to book two to make sure it has completely gone. Only on ce did I need to do three sessions to clear a cat phobia.

EFT is not just used for phobias though. This technique can be used to clear emotional baggage, anxiety, panic attacks, negative emotions, depression, in fact the list is endless.

Do you have any insecurities or anxieties?

Are you ready to let go of your emotional baggage?

Would you like to move forward in your life in a more positive way?

Contact me today and find out how EFT can help you too!

Gift Vouchers – Buy your gift vouchers in multiples of £10 here 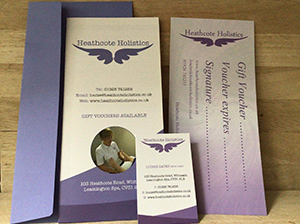 Sound Meditation Class.
Join me on the last Wednesday of each month and experience a combination of meditation practices and healing sound waves. 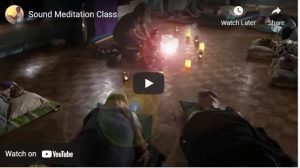 Donate here and give the gift of relaxation to others. This enables me to offer treatments to other people who cannot afford it. Many thanks to everyone who can afford to donate to this service.